Come Out from Under Cover Awareness Through Non-Traditional Media

Last year, 15.6 million new vehicles hit the street in the United States. At some point in their journey from port or factory to showroom, cars make their traverse and travail via tractor-trailer. As a car guy, I’m always looking into the window of the local Porsche / Audi dealership as I pass by on the daily commute. One recent morning, it was the tractor-trailer loaded full of Audis parked outside the showroom that drew my attention. What caught my eye was that each of the cars was snugly draped in a crisp cover emblazoned with the Audi name and icon.  I can’t remember ever seeing a car being transported with a branded car cover, let alone a garden variety. 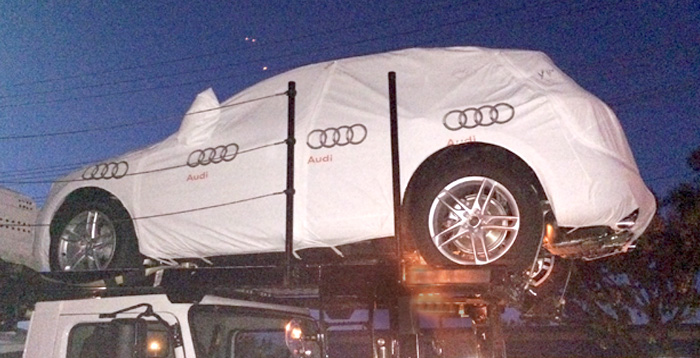 Audi is building brand awareness through its tractor-trailers

As one of the industry’s most successful and innovative auto brands, Audi stands much to gain from this seemingly simple practice. The mere fact that they are engaged in a practice that is relevant and different is yet another touch-point that reinforces Audi’s brand focus on innovation.

Beyond protection from the elements, the covers aren’t just smartly functional, but also bring visibility to the Audi name and brand through a non-traditional “channel.” I’m reminded that during my work to rebrand Federal Express to FedEx, I’d calculated that the company’s fleet of vehicles was generating the equivalent of $168 million / year in outdoor advertising value – with a fleet of roughly 25,000 vehicles.

Now with Audi selling a record 158,000 cars in the US last year, and the cost of car covers ranging from around fifty to a couple hundred dollars, perhaps Audi might consider branded car covers as a component of the brand’s promotion / advertising mix going forward.